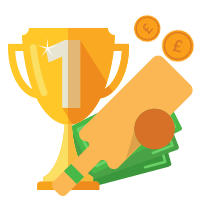 The Cricket World Cup was first held in 1975 and was most recently hosted by Australia and New Zealand in 2015. The latest tournament was won by Australia, who triumphed for the fifth time at the end of a superb six weeks of blistering cricket.

The one-day format of cricket is used for the World Cup competition, with teams battling it out to score the highest number of runs in 50 overs. The tournament starts with a pool stage and then moves on to a knockout round, culminating in a final.

With so much elite cricket taking place in a condensed tournament format it’s little wonder we see large amounts wagered during a World Cup. Betting on the result of matches is just one way to go, with numerous markets available and in-play possibilities very much alive. On this page we’re going to break down the basics of Cricket World Cup Betting.

When is the Next World Cup?

The next Cricket World Cup will be held in 2019, in England and Wales. The tournament will run from 30th May to 15th July, and the venues will be as follows:

Live in-play betting on the Cricket World Cup allows you to assess a team's performance on the day and step in when the time is right, permitting you to possibly make a big comeback.

What Type of Bets Can I Place on the Cricket World Cup?

Bet365 offers a wide range of World Cup cricket betting options for each match, including top scorer and wicket taker, most sixes, highest opening partnership and even the winner of the toss.

These markets are especially attractive in what appear to be lopsided fixtures. A wager on one the top teams to beat the likes of Canada and Kenya will not attract big odds, however options such as predicting which player will score the most runs or take the most wickets in a match can easily fetch odds of around 5/1.

Bet365 will also offer live in-play betting on all Cricket World Cup matches. Live betting is a great way to bet on the world cup cricket, as prices will fluctuate as teams lose wickets and the balance shifts.

Live in-play betting allows you to assess a team's performance on the day, and step in when you feel you the time is right. It might be that you sense a special innings is in the making, or a big comeback on the cards.

Betting on individual performances at the Cricket World Cup is also popular. There are a number of markets available here, including most runs in the tournament, most wickets, most catches taken or even the player who bowls the most wides. 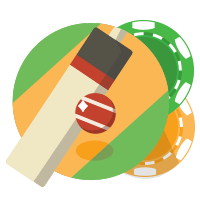 Getting your bets in before the World Cup starts can provide some of the best odds. These markets will tend to be dominated by traditional cricket nations such as Australia, India, South Africa and England, however if you believe in miracles such as the Dutch or Irish achieving a notable upset you’ll get some great odds.  Shocks do happen and if you pick them you’ll be handsomely rewarded.

The Cricket World Cup has a history of the major teams suffering embarrassing upsets. Kenya made the semi-finals in 2003, and Ireland famously topped Pakistan in the 2007 tournament. So if you like an underdog story and think you can predict one, get your bets in early! Check out the underdog odds for 2019 at Bet365.

Cricket Bets With a Quick Outcome

If there is one criticism of cricket it's that games can take hours to complete. Thankfully there are a number of betting options for those looking for an early collect. For example, punters can select which opener will get to ten runs first, or the first man out, or predict the mode of first dismissal and number of runs in the first over. Those bets come to fruition very quickly and there’s none of the waiting around for a result.

Is Betting on the Cricket World Cup Legal in the UK?

Sports betting is fully legal in the UK. The only stipulations are that you must be 18 or over, and you must place all wagers with a licensed gambling company.

Launch an Account and Get Ready for the 2019 Cricket World Cup Today!

Check out the range of Cricket World Cup betting options at Bet365. Join today and receive a deposit bonus of up to £200.