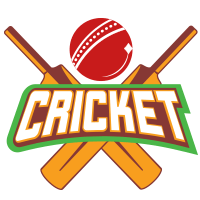 Cricket is one of the oldest, most popular team sports and is enjoyed in the UK, as well as throughout Europe, Asia, and Australia. Despite its age, cricket has never been more popular, with the introduction of Twenty20 and the Indian Premier League allowing an entirely new generation of British viewers to fall in love with the sport.

The bat and ball game can been traced back to as far as the 16th century, but as a professional sport it is still well over a century old. The United Kingdom boasts early involvement, with England and Australia being two of the first national teams to compete on a regular basis, a rivalry that lasts to this day. There are plenty of other top teams too, including those from India, Pakistan, New Zealand, and South Africa.

The Ashes series is not only one of the top events in cricket, but sporting events the world over. It has been fought over for decades and will likely continue for many more years to come. It's also the subject of a lot of betting in the UK.

Betting on cricket is very suited to UK players who are looking to make a long-term commitment to a game and understand all of its nuances.

Unlike other team sports such as football, ice hockey and basketball, the popularity of cricket is usually restricted to national teams. Apart from the IPL, the most popular cricket events are usually top international Test matches, One Day Internationals (ODI), or World Cup fixtures. In terms of sports betting, all of these events see large sums of real cash wagered on them.

Only the Indian Premier League has been able to bring in the big audience numbers for domestic cricket matches - the lucrative league has managed to mirror the top European football competitions, such as the English Premier League, by purchasing cricket stars from around the world to play for domestic Indian clubs in a short Twenty20 season. 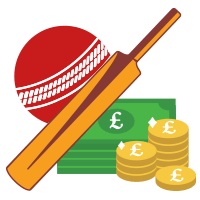 With test matches lasting four and five days, British players are spoilt for choice when it comes to placing real money wagers on cricket. The action almost never stops, and UK television channels cover lots of it. This means that bettors in the United Kingdom can really get a feel for how players and teams perform in certain weather, on different pitches etc. Sound far-fetched? Compare the game with tennis, where you can easily see that some of the world's best grass court players are poor on clay and vice versa.

In these respects, betting on cricket is very suited to players who are looking to make a long-term commitment to a game and understand all of its nuances.

Of the countless different cricket bets available at UK bookmakers and on the Internet, the most popular fall into a couple of different categories:

UK bookmakers and sports betting sites generally use fractional odds to describe outcomes, i.e. bet £10 of real cash on something with 10/1 odds and you'll win £100. In-play/live betting is also very common, where odds will be updated in real-time as a game progresses. Some cricket bettors swear by this because it means that you can see how the teams are playing, how the pitch is performing etc before betting.

Why Bet On Cricket?

England may not always be top of the cricket world these days, but it's still often known as England's game. The superstitious among us might say that understanding, and thus successfully betting real money on, the game is in the blood of the British.

If you're a bit more cynical, let's just say that UK bookies offer some of the best odds on the sport and there's never a shortage of games to bet on. If you're getting tired of the online casino, cricket and sports betting might be just the change you need.