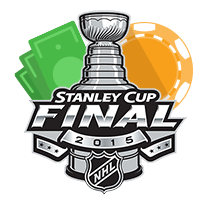 There’s no bigger prize in ice hockey than lifting the historic Stanley Cup. Those playing for the trophy put everything on the line to achieve hockey immortality, while those watching on have the chance to stake a bet on the outcome. Here’s our guide to the Stanley Cup…

What is the Stanley Cup?

Let’s start with the basics. The Stanley Cup is the huge gleaming silver trophy awarded to the champion team in the National Hockey League’s playoffs. The cup itself has been in existence longer than the NHL, having been awarded since 1893 and throughout the challenge era.

The Stanley Cup is one of only two team sports trophies to have all the names of the winning team members engraved into it. The cup is named after Lord Stanley of Preston, who presented it to Canada in 1892. The Stanley Cup was first used by the NHL in 1926 and is traditionally paraded around the rink by players from the winning team.

Stanley Cup betting involves punters wagering on a long and exciting second-season where a hot goaltender can be the difference between winning and losing.

How Do You Win the Stanley Cup?

For a team to lift the Stanley Cup, they must first complete a successful regular season in the NHL and earn a playoff spot in the post season. The top eight teams from each Conference (there are 32 teams in total, split into two conferences of 16) earn postseason seeds based on the number of points they accumulate during the regular season.

The Stanley Cup playoffs then begin, with teams facing off against each other in a best-of-seven series. The first team to win four matches in a series progresses on to the next round of the playoffs. This knockout format continues through conference quarterfinals, semifinals and then to a conference final. The winners of the two conferences then come together to compete in the Stanley Cup finals.

Last season (2014-15), the Chicago Blackhawks triumphed over the Tampa Bay Lightning, winning the best-of-seven series 4-2. Victory was sealed with a 2-0 shutout in Chicago in game six.

Only six of the current NHL franchises have never made an appearance in the Stanley Cup finals. Here’s a list of all the champions and the number of titles they’ve won: 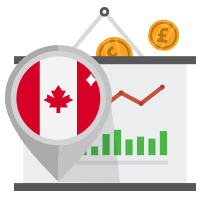 The Montreal Canadiens hold a host of Stanley Cup finals records. They achieved the most consecutives wins when they racked up five straight titles from 1956-60. They also have the most consecutive appearances, having made the finals for 10 years in a row, 1951-1960.

The Detroit Red Wings and Boston Bruins share the unwanted record of 13 Stanley Cup finals losses over the years. The Toronto Maple Leafs (1933-40), Red Wings (1956-95) and Philadelphia Flyers (1976-2010) all went six finals appearances in a row without a win during those periods.

To learn more about the NHL, Olympic ice hockey, or the sport of ice hockey in general just click on the appropriate links. For our article on ice hockey betting, including the best places to wager and what markets are available for punters in the UK, visit our ice hockey betting page.