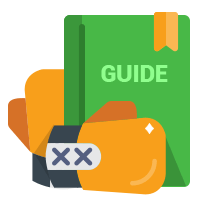 Boxing in Britain is organised by the British Boxing Board of Control, a body that has operated since 1929. The BBBofC has 15 weight categories and runs contests right up to the national championship level.

One of the interesting differences of the BBBofC rules compared to rules internationally is that non-title fights are decided by the referee. This causes great consternation to foreign fighters competing in Britain, but it does make it easy to place the blame for a bad decision. Title fights still have three judges, though the referee can influence decisions in special cases.

There are innumerable world boxing bodies, which seems incredible given how similarly the biggest ones operate. The massive number of bodies has lead to many championships being terms "Alphabet belts" as the names of boxing licensors are always shortened to a handful of letters.

The major world boxing bodies are the World Boxing Association (WBA), World Boxing Council (WBC), International Boxing Federation (IBF), and the World Boxing Organization (WBO). These are the organisations that are taken the most seriously, though some commentators even dismiss these few. The fact is that consensus is the real decider of boxing champions these days, which is why many look to The Ring magazine instead of just the licensing bodies.

Any online bookmaker will offer betting on exciting and engaging boxing matches, with odds on any major event in the world thanks to the international nature of the sport.

There are about 17 boxing weight classes recognized by the major boxing bodies, though not all of them are considered to be particularly important.

The most recognisable boxing weight classes to casual fans are heavyweight, light heavyweight, middleweight, welterweight, lightweight, featherweight, bantamweight, and flyweight. There are a myriad of other weights between these classes, and the huge number of weightclasses may be part of why boxing is losing out to MMA in the young male demographics, as it is easier to keep track of only 7 divisions.

The classes around welterweight have been the most exciting in recent years thanks to the influence of the two biggest names in boxing - Manny Pacquiao and Floyd Mayweather Jr. 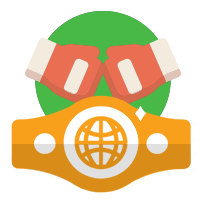 Take the number of world boxing organisations extant, multiply it by the number of weight classes, and you would have a pretty good estimate of the number of boxing champions out there. There are dozens of world champions, but only a handful of them are really worth mentioning.

The most famous right now is Manny Pacquiao, the Filipino phenom who is arguably the pound-for-pound best in the world.

The brothers Wladimir Klitschko and Vitali Klitschko have dominated the heavyweight division for years, and they look to continue for the foreseeable future.

While betting in England was seemingly invented for horse racing (or more likely the other way around) boxing betting is probably where wagering on sports originated. Any online bookmaker will offer boxing betting, with odds on any major event in the world thanks to the international nature of the sport.

Our preference in boxing betting is to avoid straight up win bets on the main events, as the odds are normally quite uneven. We find prop bets on the manner of victory to be better value, as well as bets on the undercard fights when available due to the bookies and punters being less informed about those matches.

If you are interested in boxing betting, then please check out the UK focused bookmakers in our review pages, as they will all offer generous boxing odds.