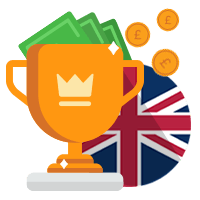 Europe's biggest rugby league competition features 11 British clubs and a single French team.  Although the game often finds itself playing second fiddle to football and rugby union in the United Kingdom, it's perfect for punting at sportsbooks and casinos online.

UK Super League, which often goes by the name First Utility Super League, features 11 clubs from Northern England as well as a team from France called the Catalans Dragons.  New fans are often confused by the absence of teams in the Southern United Kingdom, but that's because southern fans prefer rugby union, which is a more traditional form of rugby.  Luckily anyone of legal age can place online casino UK Super League bets to win.

For fans of casinos online, UK Super League betting will be easy enough to find at any of the UK focused bookmakers, and if you do bet on these matches, it will make them more exciting and, if you know the league, more lucrative.

Unlike the Rugby Football League Championship that preceded it, the Super League culminates in the summer.  The 12 teams each play 23 matches during a regular season, which begins in February and ends in July.  Each team faces its opponents once at home and once on the road.  To make up for the remaining game the league stages a Magic Weekend, which finds teams playing at a neutral site.  This all adds up to plenty of wagering opportunities at your favourite bookmaker or online casino.  UK Super League punting gets even better as the season progresses.

At the end of the standard schedule the top 8 clubs compete in the Super 8s, where qualifying teams play each other once more.  The higher a team's ranking during the regular season, the more home dates they'll have during the Super 8s.  At the end of the Super 8s, the top 4 teams advance to the playoffs with the first seed hosting the fourth seed and the second seed hosting the third seed.  The winners meet in the Super League Grand Final, which is a favourite among punters at online casinos.  UK Super League champions ultimately face off against the NRL champions in the World Club Challenge.  The global scope of that contest makes it popular at both United Kingdom and Australian casinos online. 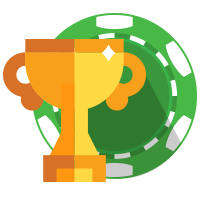 At bookmakers and online casinos UK Super League bets include 3-way game betting, 2-way game betting, and prop bets like 1st half betting. If you really like betting on rugby league, we would actually recommend you try NRL betting instead, as it tends to offer a lot of proposition betting opportunities.

If you are set on online casino UK Super League bets, though, we suggest 2-way game betting is the superior option. This is also known as winning margin betting or spread betting, and it uses a handicap to make for more balanced chances for each team. With the unbalanced nature of the United Kingdom Super League, you are generally better off placing bets on winning margins as the odds on the winner can otherwise be far too short to bother with.  If you are already familiar with rugby league and have already placed NRL or other wagers at a casino online, UK Super League punting is a wise choice.  Your best bet is to shop around for the best odds and wager when the payouts are favourable.

There are just a handful of teams that tend to dominate the UK Super League: Leeds Rhinos, Wigan Warriors, and St Helens who are 2014 Champions. The Huddersfield Giants have also performed well lately.  Any of these squads are worth a look when wagering at bookmakers or online casinos. UK Super League Grand Final teams tend to be well-tested thanks to the Super 8s prior to the playoffs. Everybody loves when predictability pays handsomely at an online casino. UK Super League punters who play favourites have a reasonable chance of profiting.

At bookmakers and casinos online, UK Super League bets on the chances of teams to win the Grand Final are usually available months before the season even starts for the year. If the odds look good for any of these teams, we suggest taking the bet while the odds are much longer than they will be later in the season. Either way you count on numerous online casino UK Super League punting opportunities both in the United Kingdom and abroad.

For fans of casinos online, UK Super League betting will be easy enough to find at any of the UK focused bookmakers, unlike NRL Odds that we feature in our review pages. Again, we think betting on the NRL is a better option for rugby league fans simply because it is more predicable and lucrative.  You might as well face it.  Whether you visit a bookmaker or casino online, UK Super League betting will make the matches you watch matter more. Why not support your favourite team when there are generous odds available?

Are you ready to place your bets?  For the best odds and betting options just visit our expert reviews and top picks.  There's no easier way to find a great sportsbook or online casino. UK Super League action is just a couple of clicks away in the United Kingdom.  Happy punting and good luck.