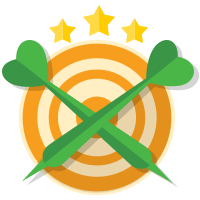 Premier League Darts is a professional darts competition that runs from February to May each year and is currently sponsored by the bookmaker Betway. It is one of the most popular darts leagues in the world and draws big and rowdy crowds to its venues, as well as healthy TV audiences.

Featuring an elite field of top darts pros and some of the biggest prize money in the sport, it’s only natural that Betway Premier League Darts attracts a whole lot of betting action. We expect the 2016 season to be the biggest yet and this page is devoted to passing on the key information.

Betway Premier League Darts is run as a three-stage competition played between 10 of the top darts players in the world. The contestants are made up of the top four players in the PDC Order of Merit, supplemented by six wildcard picks.

In the first phase all 10 players take on the other nine in a match. At the culmination of that stage the two lowest ranking players exit the tournament and we’re left with eight. Phase two then sees the remaining eight players all take on each other once.

The top four players then face off in a set of single knockout games, with two semi-finals and a final to decide the ultimate champion.

All of the top online sports bookmakers in the UK offer odds on Betway Premier League Darts, as the competition is just too popular for bookies to pass up.

Betting on Betway Premier League Darts is helped by the double round robin format. While you might miss your bets when two players initially face off, you get a second chance to rectify the situation later in the season when they go against each other again. By then you should have a strong feel for who you think will prevail.

A good tactic is to just observe during the first pass of the round robin, and then start betting on the second pass. This will give you a lot of information to work with, and should also help to prepare you for bets on which players will make the finals. 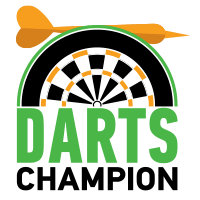 All the top online sports bookmakers in the UK offer odds on Betway Premier League Darts. The competition is just too popular for bookies to pass up. We would strongly recommend you check out our guide to the best sites to ensure you land in the right place.  It’s important to factor in such things as welcome bonus, site security and banking methods when choosing your online sports bookmaker.

Phil Taylor was the dominant early force of Premier League Darts, winning six of the first eight competitions from 2003 to 2012 (more on him to come). Taylor hasn’t won since, however, with the last three winners being Dutchmen Michael van Gerwen and Raymond van Barneveld, followed most recently by Scot Gary Anderson in 2015.

We have to take some time to give Phil Taylor his dues, as he won the first four PDC Premier League Darts tournaments in a row and has competed in every edition of the event. Taylor went 44 Permier League matches unbeaten from 2005 to 2008 and achieved a remarkable average of 117.35 in his victorious 2012 season.

The following 10 players will compete for the title in 2016:

The 2016 Betway Premier League Darts will be the 12th running of the competition. Matches will be played in Leeds, Newcastle, Dublin and Aberdeen, and the tournament will run from February 4th to May 19th.