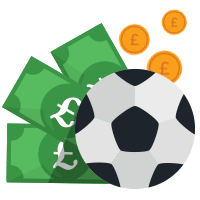 Betting has been a major part of sporting events for decades; and now, with the popularity of online gambling, major sports clubs are seeing the benefits of sponsorships with casinos and betting firms. Each year, across the countless sports played throughout Europe, there are more and more casino companies jumping on the sports bandwagon and becoming major sponsorship partners. This has not only helped the clubs grow, but it has also allowed both sport and gambling to be opened up to a wider audience.

Football is undoubtedly the most popular sport on the planet. Its popularity stretches to all corners of the globe, and the betting companies have caught onto this fact. The United Kingdom alone has seen a massive explosion of new major sponsorships in the top leagues of football, and there appears to be no end in sight.

32Red is known as a popular online casino and sportsbook, and they have just completed a deal with Championship club Swansea City FC. The deal sees the 32Red logo emblazoned across the chest of Swansea jerseys as an official major sponsor. The 32Red website and casino also advertise the Swansea team, and have even gone to great lengths to ensure that plenty of football specific competitions are promoted. In one such instance, 32Red Casino held a contest for all Swansea City football fans, with the winner to receive an incredible prize package. Swansea stalwart Ross Mitchell ended up winning the competition, and for the remainer of the year he is awarded the number 32 jersey, with his name appearing in all media and game programs, as well as a place in the annual team photo shoot.

The United Kingdom alone has seen a massive explosion of new major sponsorships in the top leagues of football, and there appears to be no end in sight.

Bodog is another betting company that has recently teamed up with an English Premier League club. In August of this year, Fulham announced that they would be taking on a new major sponsor in Bodog Europe. The deal sees Bodog's homepage plugging the Fulham football club, while the club's home ground, Craven Cottage, will endorse Bodog through on-field advertising, perimeter logos, and print media.

Some other betting companies that hold a major sponsorship deal with Premier League clubs include:

With only five of the twenty Premier League clubs without a betting firm as a major sponsor, it is clear to see that professional football is keen to continue its strong relationship with online gambling. 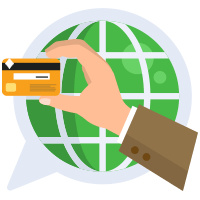 But it isn't simply the clubs' jerseys and billboards that are being advertised with betting sponsors; unique events, tournaments, and competitions are held every season that utilize both the club's global prominence, and the betting firm itself.

One instance is the Swansea City competition that allowed an eager fan to have his wish granted, while another is consistent live betting on matches. Most betting companies now offer live betting for top European and American football matches, with up-to-the-minute statistics, lines, and constantly updated odds.

Betfair in particular offers this service, as well as several competitions unique to their website. One such competition offers a free football kit for 5 a-side and 11 a-side clubs who play at Betfair. The winners receive entire uniforms from Nike, Adidas, Stanno, or Puma, as well as an assortment of other football equipment.

Other betting firms even go so far as to host entire events in the lead up to huge competitions, and there is rarely an event larger than the quad-annual World Cup. The 2006 FIFA World Cup final boasted ratings of almost 900 million viewers, and prior to the tournament, PartyPoker hosted the first PartyPoker.com Football & Poker Legends Cup. The contest saw sixteen nations, made up of two poker players and a professional footballer (current or former), battle it out for poker glory. Footballing legends such as Carlos Bocanegra, Alan Ball, Neville Southall, and Mark Bosnich were pitted against seasoned poker veterans in Daniel Negreanu, Theo Jorgensen, and Mike Sexton, with the Dane, Jorgenson, eventually taking out the competition.

The future looks interesting for betting companies and sports clubs, with the huge success of online gambling certain to continue to flourish. It may not be long before we see entire sports stadiums named after betting firms; it wouldn't be a stretch considering how many stadia are already named after sponsors. The Emirates Stadium, for example, is the largest stadium in London, and third in England, and is named after the Emirates airline company. KitKat Crescent in York, FedExField in Maryland, Bank of America Stadium in North Carolina, and Suncorp Stadium in Brisbane are doubtless merely harbingers of new sponsorship deals to come.