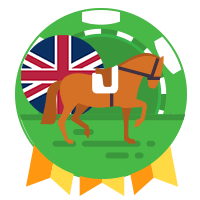 No country celebrates the sport of horse racing with more class, verve and enthusiasm than the United Kingdom. Horse racing festivals, often aptly referred to as 'horse racing carnivals', can span up to five days and attract a wide variety of spectators, from hardened punters to young families enjoying a day out. Most horse racing festivals will feature live entertainment after the racing, child-friendly amusements throughout the day and most will include a best dressed competition on the designated Ladies' Day. To make you decision process easier when you sit down to chose which horse racing festival to visit, we have compiled a list of the most popular and most extravagant race meetings in the United Kingdom.

The Grand National Festival is held annually at Aintree Racecourse over three days (usually Friday to Sunday). The race meeting is structured around the headlining event of the Aintree Grand National, the most notorious steeple chase event of the UK season. The Grand National is fabled for its gruelling pace, lethal fences and merciless competition, seeing as many as 45 horses competing over a distance of 4 miles, littered with 30 obstacles to negotiate.

Whether you cheer yourself hoarse during the hurdling events or prefer to bite your nails to the quick throughout the hair raising steeple chases, the Grand National Festival will leave you breathless with excitement and longing for more.

This two day racing festival is hosted annually in March, usually on the first weekend of the month, at Newmarket Racecourse. It is a special occasion mainly due to the fact that it stages the first two British Classic Races of the flat racing season; the 1,000 Guineas Stakes and the 2,000 Guineas Stakes, corresponding sprint events for three-year-old fillies and colts respectively. Both races are run on the infamous Rowley Mile, one of two individual tracks maintained at Cheltenham Racecourse. The Guineas Festival to this day pays tribute to the centuries of thoroughbred horse racing tradition which form such a beloved part of British history. For lovers of classic flat racing action, the Newmarket Guineas Festival is definitely the festival to attend. 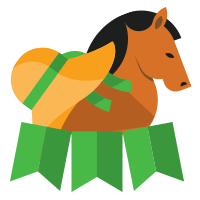 The Derby Festival is hosted annually in June at Epsom Downs Racecourse over two days, usually on the first weekend of the month and is another season highlight for serious flat racing fans. As the Guineas Festival at Newmarket, the Epsom Derby Festival sets the stage for two British Classic Races: the Epsom Oaks and the Epsom Derby. The festival also plays host to the prestigious Coronation Cup, an event introduced as a memorial race for King Edward VII's coronation. Epsom Downs Racecourse is a gorgeous racing venue located in rural Surrey, making for a stunning visual experience as well as great racing fun. The Epsom Derby Festival allows you to see the three biggest fixtures held during the Epsom season within a weekend, making it a truly incredible race meeting.

The Royal Ascot Festival is held annually in June at Ascot Racecourse over five days. The feature race of this five-day racing extravaganza is the Ascot Gold Cup, a flat race over two miles and four furlong - and a true test of the thoroughbred contenders' staying power. However, the Royal Ascot is such an important historical and social event that it even attract visitors with little interest in the sport of kings per se. The Royal Ascot Festival has been hosted since 1711 and has been staged almost without fail every year since. Her Majesty The Queen attends the festivities every year, as does her royal entourage and a wide range of non-royal royalty, including in 2009 an incredibly well-dressed Charlie Watts. If you are looking to experience an old-school racing sensation with a distinct olden-day flair, there's no meeting like the Royal Ascot to make this fantasy come true - just make sure you wear you Sunday best.

With a adjective like 'glorious' it is no surprise that the festival at Goodwood Racecourse celebrates the glamorous aspects of thoroughbred racing as much as the sport itself. This outrageously stylish horse racing carnival - and this description has never been more accurate - is hosted every July at Goodwood Racecourse and runs for five days. The feature events of the Glorious Goodwood Festival at the Nassau Stakes and the Sussex Stakes, Grade 1 events which will leave even the most hardened racegoers out of their minds with excitement. Outside the fixtures, Glorious Goodwood is all about seeing and being seen, looking your best and having an all around fabulous time.

The St. Leger Festival celebrates the end of the British Classic season, concluding both the English Triple Crown and the English Fillies' Triple Crown series with the running of the prestigious St. Leger Stakes. This four day festival is hosted at Doncaster Racecourse every September. As the main event of the meeting, the St. Leger Stakes take a central position in the proceedings, but the St. Leger Festival hosts four six to seven race cards packed with prime contenders and events every day. Other highlights of the festival include the Doncaster Cup, several events for juvenile runners looking to establish themselves as their three-year-old season draws closer, and some seriously decadent Ladies' Day special activities.