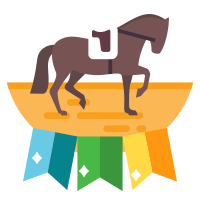 Almost every country in the world prides themselves on their biggest national racing events. From the United States to the United Arab Emirates, horse racing is a sport that millions are entranced by, and these spectacular events are a testament to that. There wouldn't be enough time to talk about every major race throughout the world, so we've compiled a list of the four biggest horse racing events from around the world. No matter where you are in the world, online bookmakers allow you to wager on all the top races, and we've listed just four of several for you to follow this racing season.

The second leg in the English Triple Crown, the Epsom Derby is renowned as Britain's richest horse race and the most prestigious of the five Classics. Sitting in between the 2000 Guineas Stakes and St. Leger Stakes, the Epsom Derby takes place at Epsom Downs in early June of each year.

The race allows all three-year-olds (excluding geldings) to compete, with a track extending to 2,423m (1m 4f 10y). The most recent purse swelled to £1,250,000, including a first place prize of £709,625, with three-time Epson Derby-winning jockey Michael Kinane taking out the title on Sea the Stars.

Known as the most prestigious horse race in Europe, Prix de l'Arc de Triomphe (or the Arc as it is colloquially known) has been held annually since 1920. The 2,400-metre race takes place at Longchamp Racecourse in Paris on the first Sunday of October each year.

The Parisian event is held on a turf, right-handed track, and allows any horses, excluding geldings, of three years or older to compete. Over its 90-year history, the Arc has seen a number of records broken, but perhaps the most interesting is that no horse has ever won the prestigious event more than twice.

Despite this fact, a number of trainers have enjoyed multiple successes at Longchamp, specifically seven-time champion trainer Andre Fabre whose victories spanned almost two decades. The most recent winner of the Arc is Sea the Stars, who will doubtless attempt to defend his title in 2010. 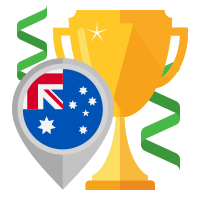 The most prestigious event in Australian racing is held on the first Tuesday of November. The day consists of several races leading up to the ultimate race for the Melbourne Cup, which usually begins at 3pm.

Over the past decade, attendances for the event have been in excess of 100,000, with the record standing at 122,736 in 2003. The track record speaks volumes about the number of people that not only follow the race at Flemington Racecourse, but also throughout the country and across the globe.

The 2-mile (3.2km) race is run on a left-handed turf track, and accepts three-year-olds and up. The average purse stands at AU$6 million (US$5.5 million), but there is a bonus prize worth $500,000 for any horse that wins both the Melbourne Cup and Irish St. Leger in the same year.

Regarded as one of the most popular betting events for any sport in Australia, the Melbourne Cup has plenty of different wagers available for punters. Since 1861, the race has seen hundreds of winners lift the Melbourne Cup, and even more take massive winnings from big bets.

While it has only been around since 1981, the Japan Cup has quickly established itself as the richest turf race in the world, and one of the richest horse races of all time. The event is held at the end of November each year, at the Tokyo Racecourse in Fuchu.

The 11/2 mile (2,400m) race is an invitational, and is restricted to three-year-olds and up. Perhaps the most recognisable feature of the Japan Cup is its prize purse, which often lingers around the ¥530 million (US$5.6 million), as well as lucrative bonuses that include a ¥3.5 million prize to the winning owner.

No horse has won the Japan Cup on more than one occasion, but Vodka will have a chance to back up her 2009 win when November rolls around this year. Her trainer, Katsuhiko Sumii has had plenty of success at the Melbourne Cup, including first and second placings in 2006.

Depending on where you are betting from, you will be able to find a number of reputable online bookmakers that provide all the best odds for upcoming races. For UK bettors, Ladbrokes is a well-known horse racing bookie, while William Hill is a renowned betting venue for global racing punters. No matter where you are, you'll always hear about the latest happenings in the world of horse racing right here at OCUK.