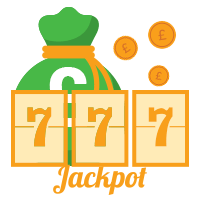 The £13.2 million 'Mega' jackpot win broke the previous online highest score by a couple of thousand pounds and made the Afghanistan veteran a multi-millionaire in the process.

What was so amazing was that Heywood had only bet 25p to win the prize. And the process took mere seconds.

According to current pay scales, British soldiers can earn anywhere from £18,000 for a Private to £27,000 as a Corporal, £31,000 for a Sergeant, and over £100,000 for a Brigadier. Whichever pay scale Heywood was on when he toured Afghanistan, his life-changing win arguably added several zeros to whatever the army were paying him.

But, how much would you have to work to earn the kinds of jackpots achievable at today's online casinos? Let's take a look at some examples

The average salary in the UK right now is £26,500 per annum for an average 40-hour working week. According to the High Pay Centre, that's achieved in just two days by most FTSE 100 bosses, while those on the minimum wage would have to work double hours throughout the year to earn that average salary.

A simple jackpot win can multiply your salary by more than 300 times.

How Much Do You Earn Every Minute?

Assuming a 40-hour week, that boils down to:

That's for EVERY MINUTE whilst you're at work.

But online casinos never sleep online, and there's nothing to stop gamblers "earning" in between work times and at weekends. This would mean that per minute it drops down to 5p.

To win a basic Mega Moolah jackpot - seeded at the base of £1 million - you'd have to work for nearly 37 years (give or take a few hours). And a spin takes about 5 seconds, plus whatever time it takes to hit the bonus wheel.

Well, not quite. Most slots online carry a theoretical RTP (Return to Player percentage) of around 93-98%. That means for every £100 you put in over the long-term, the game pays back £93-98.

That's the worse-case scenario, of course. What if you hit a nice jackpot? Let's say you are playing for £1 per spins and go on a run where you win £900 in an hour (with the original stake subtracted), with a combination of Wilds, Scatters and small jackpots helping your bankroll.

Suddenly, your minute-rate jumps to £900/60 = £15 per minute. Compare that to the average salary and you've multiplied your earning power by 300. 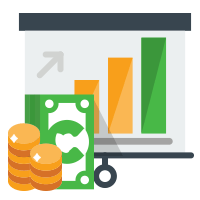 Online poker players sometimes talk about ROI, or Return On Investment. It's the percentage rate that players win compared to what they put in over time.

Similarly, online casino players should have 'ROI' goals too. It could be a 'stop-win' limit for playing outside 1/1 bets on roulette, for example, or playing the penny slots with the highest RTPs. Set yourself a 'salary' goal per day and cash the profits in once you've reached your target.

For example, let's say you quit your day job where you earn £160 for an 8-hour day. To earn the same gambling online you want to make £20 per hour, at least. But you need to factor in 'investment', or your stakes. You might actually have to start off with a bankroll equal to, if not slightly more, than your profits target.

Realising that the house edge is always slightly against you is the first thing to consider when gambling at a casino online. Then the job comes with finding the best odds, games and big-money jackpots, and signing up to good online casinos that award deposit match bonuses. Through playing smart you can work better towards hitting your 'salary' online and make the day job a thing of the past.