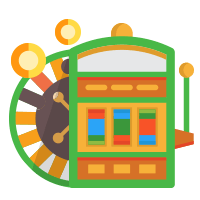 Everyone knows that gambling is steeped in history. From the United Kingdom to continental Europe and across the pond to Vegas, there’s plenty to recount. Get familiar with some of the wagering world’s captivating tales, eccentric characters, bizarre events, and fascinating figures.

The intensely captivating game, Keno, is incidentally also one of the most ancient means of entertainment. Keno was invented in China around 200 BC by General Cheung Leung. Proceeds were used to fund military conquests including the Han Dynasty War. According to legend, the game proved so profitable that it also helped to pay for the Great Wall of China. Perhaps, gambling deserves to be a wonder of the world too.

Since its beginning, Keno was tremendously popular among players and its popularity remains unrelenting to this day. Quite clearly, during the course of its history, Keno has undergone a number of changes. Originally, the game was Chinese and was based on 120 characters from the intricate Chinese script. These were taken from the book penned by the great sage Confucius himself -, the Thousand Character Book. The game followed a lottery format with big payoffs and had numbers printed on wooden ball which were moved by hands.

Roulette used to be dubbed the devil’s game. If you add up all the numbers on the wheel, the sum is 666. Did someone say the mark of Satan? Maybe you should switch to betting on black.

Although the game’s origin is subject to debate, French mathematician Blaise Pascal is believed to have invented the roulette wheel. He created his prototype in the 17th century while attempting to fashion a perpetual motion machine. You might say it’s fitting that many people can’t stop playing roulette.

After selling everything he owned, a British punter named Ashley Revell sold all his possessions and flew to Las Vegas. He promptly wagered $135,300 on red and won $270,600 on a single roulette spin. The event was filmed and aired as a documentary by Sky One.

Gamblers Of The Free World

Former US President Richard Nixon funded his 1946 congressional election campaign using money he won playing poker in the Navy during World War II. While he was enlisted, Nixon was renowned as a tight player, unchallenged on account of his big bluffs. No word on whether his trademark phrase “I’m not a crook” applied to his poker play.

Sixteenth century King Henry VIII was an avid gambler with a penchant for card and dice games. Rumour has it that he gambled away the bells of St. Paul’s Church on a single dice throw. He also gambled recklessly at war, almost bankrupting England in a battle he initiated against France’s Louis XII and had little chance of winning. Interestingly, despite being a seasoned gambler, Henry VIII was responsible for outlawing wagering when he learned about soldiers from his army loitering rather than honing their battle skills.

Gambling rakes in billions of pounds in the UK each year.

The Excalibur Hotel-Casino in Las Vegas awarded the largest slot machine jackpot of all time in 2003. An anonymous software developer from Los Angeles banked $39.7M on a Megabucks machine after playing with around $100. That record, which amounts to over £25M at today’s exchange rate, still holds after more than a decade.

In 2015, a soldier from the United Kingdom became a multi-millionaire overnight, when he won over £13.2M on a mere 25p stake. Jon Heywood, a 26-year-old lad from Cheshire won his fortune at Betway when playing the Mega Moolah slot. Mega Moolah is an acclaimed slot available at all online casinos and can even be played on smart phones, tablets and other mobile devices. Heywood unexpectedly hit the jackpot in just 7 minutes, while earning himself a name in the record books for winning the biggest jackpot at an online slot.

Gambling In The UK

Gambling in Britain is nothing short of massive. The UK Gambling Commission estimates the British industry generated £6.8-billion in the past year. Only wagering is also colossal, generating £2.44-billion through regulated channels.

Sports betting is the most popular form of wagering, commanding nearly one out of every two pounds of activity. Aside from the lottery and electronic gaming at arcades, online bingo also witnessed a remarkable growth in the UK. Across the gambling industry, an estimated 0.1 million people are employed because of it. Overall, the Gambling Commission continues to empower and protect both gamblers and operators.

How Suits Got Their Start 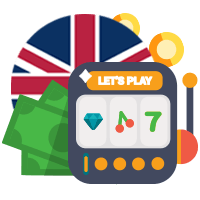 During the 14th century, playing cards attempted their entry into Europe. Originally, the symbols on the suits were Batons, Coins, Cups and Swords. Replicated skilfully by the Italians, they were circulated widely across Europe. From there, the cards made a journey on three key routes. First, headed for the west, towards Belgium, France, Portugal and Spain. Second was the north and then up west, to Switzerland and then south west Germany. Finally, north and eastward, meaning Austria and parts of the former Czechoslovakia.

The Germans and the Swiss gradually moved to produce newer and more elegant designs by the mid-15th century. The symbols were red Hearts and Bells and green Acorns and Leaves. However, the now familiar, modern card suits are a French invention, from the late 15 th century, that represented various classes. Spades represented the royal class, hearts symbolized the clergy, diamonds denoted the merchants, and clubs were for the peasants.

An Ancient Roll Of The Dice

While archaeologists are unable to identify the first human to throw the dice, they have estimated that the first dice were carved about 7,000-8,000 years ago. In contrast to many ancient customs which started in one location and then swept through, dice-throwing emerged separately all across the world’s first colonies.

In the beginning, dice were made out of round objects, including pits of fruit, smooth pebbles and sea-shells in areas around shores. Later, bones were the most common material, with animal knucklebones being a popular favourite. The ankle and knucklebones of hoofed animals, called “astragali” by early Greeks, were preferred due to their cube shape that has two round sides which could not be landed versus four levelled ones that could. Dice were originally used for games and eventually fortune telling and gambling.

Napolean Bonaparte loved Blackjack and would often play for hours, especially while exiled. Of course the game was known as 21 or vingt-et-un in the 19th century. The name, “Blackjack”, was never used until the dawn of the 20th century, when finally the game made its appearance in America albeit at early illegal casinos.

Although the French and Italians argue about who really invented blackjack, the game continues to be the most popular offering at both casinos in the UK, USA, and online.

Don’t Gamble With Your Hunger

The mighty sandwich can thank gambling for its existence. John Montagu, the 4th Earl of Sandwich was a British lord who loved gambling. The man was known to spend entire days at a gambling table. Unwilling to forgo eating or occupy both his hands with a knife and fork, the earl relied on a then-new meat and bread contraption that was ultimately named after him. You might say the invention of the sandwich was a gamble that has paid off handily for future generations.