A Guide to Playing Blackjack at UK Online Casinos in 2021 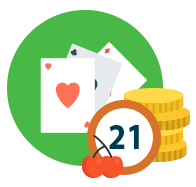 Blackjack: is there a more iconic game at casinos around the world? With millions of fans, blackjack excites and thrills with every turn of the card, which is perhaps why so many variations are found at all online casinos. If you’re looking to start playing blackjack, you’ve come to the right place, as we’ve produced a guide to everything you need to know about this game. So, you should be playing blackjack in no time!

How to Play Blackjack

Blackjack is a really easy game to play, which is perhaps the main reason why it’s so popular. Each player is dealt two cards, both of which are face up, and the dealer is also dealt two cards – although one of these is face down. In its most basic form, players then need to choose whether to stick with their hand, or take another card. The goal is to get as close to 21 as possible, without going over. The dealer will then take their turn, also trying to get as close to 21 as possible. Once both hands are complete, the player closest to 21 will win.

When it comes to payouts, a player will double their money if they manage to beat the dealer. It is also possible to win at a rate of 3:2, and this occurs when the player hits Blackjack. Blackjack is the term used when a player is dealt an Ace and a 10-value card. Other prizes can be won when betting on side-bets, which are offered at many games. The details of these can be found within the game’s rules.

With millions of fans, blackjack excites and thrills with every turn of the card, which is perhaps why so many variations are found at all online casinos.

The Different Types of Blackjack

All forms of blackjack basically follow the same rules, however some have subtle variations. One of the most common variations is Vegas Strip, which is played with four decks of cards and allows players to double down on any cards. There’s also Vegas Style Blackjack, during which a hand is declared a push if the dealer busts with a higher total than the player. There are many other types as well, such as Chinese Blackjack, Spanish 21, Double Exposure, Perfect Pairs and Pontoon. If you see one of these variations, it is vital to check the playing rules first.

It's also important to mention that many casinos now also feature live dealer blackjack, which is where a game is beamed directly to a player via a webcam. It features real dealers, and makes the blackjack experience as authentic as possible for online players.

A History of the Game 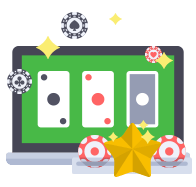 Although there’s some dispute, most agree that blackjack originated in France at the beginning of the 18th century. Some also think that it came from Spain though, and originated from a game there called One and Thirty. It didn’t gain popularity in casinos until the 1930s though, during which time it was called 21. It was also during this time that the name was conceived, due to a now defunct rule: players getting a hand with either black jack and an ace would win the highest prize, which was 10:1.

Over the years, blackjack grew into the game we now know today. Its move online opened another exciting chapter in its history though, as it meant that anyone was able to play, regardless of where they were in the world. It also allowed loads of new variations to take hold, which only served to gain the game even more popularity.

When playing standard blackjack, there’s only really one bet you can make initially. It is possible to add an additional bet once the cards have been dealt though, which is called a “double down” bet. This means that the player doubles their stake, before then being dealt just one extra card. This should only be used though when there’s a good chance of getting a high scoring hand, such as when both initial cards add up to 10 or 11. Getting two identical cards also often allows the bet to be doubled, before the cards are split. This results in two hands being played.

Because blackjack hands are played very quickly, it is very easy to lose a lot of money quickly, if you don’t know what you’re doing. So, new players should start by betting at micro-stakes, or even using the free play feature at a site. Only once they are confident in how to play should they start playing for more significant amounts of money. Live dealers can also be very helpful when looking to pick up some blackjack tips about playing.

What to Look for in the Best Blackjack Venue

When looking for a place to play blackjack online, there are three things to consider above all others: the variety of games, security and the standard of bonuses. Luckily, we have gone through all of the online casinos offering blackjack and reviewed them, so you’ll be able to find the ones that have the best offerings to potential players. So, you can simply read through the reviews, and then be sat at a blackjack table within a matter of minutes.