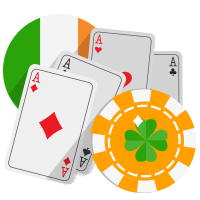 Renowned as one of the oldest events on the European Poker scene, the Irish Poker Open has become a popular tournament for not only Europeans professionals, but also players around the world.

The World Series of Poker is the only No Limit Texas Hold 'em Poker tournament that has been in existence longer than the Paddy Power Irish Poker Open. The history of the event dates back to its initial tourney, way back in 1980. It was the brainchild of an Irish bookie by the name of Terry Rogers, and since then, the event has kept with tradition by being held annually over the Easter weekend.

The Irish Poker Open spawned out of Rogers' penchant for organizing large-scale poker tournaments for charity. During the late '70s, his events were known to bring in up to 300 players for games of five-card draw. When he flew to Las Vegas in 1979 and met poker mogul Benny Binion, Rogers' decided to start the Irish Poker Open.

Irish Poker Open is one of the oldest events on the European Poker Scene, and it was started by a single bookie.

The inaugural winner in 1980, Colette Doherty - the first female player to compete in the World Series of Poker - had to wait more than a decade to reclaim the title in 1991. Liam "The Gentleman" Flood won in 1990 and 1996, while Mickey Finn took out both the 1994 and 1998 tournaments.

2007 was the year where the Irish Poker Open really started to make waves as a lucrative tournament. The guaranteed prize pool was doubled to €2 million from the previous year, a number that ballooned out to €2.3 million after the event received a European record of 708 competitors. Marty Smyth eventually claimed top prize and walked away with a staggering €650,000.

The following year saw the Open move from its home at the Burlington Hotel to the CityWest Hotel in Dublin. While the competition featured less competitors than 2007, the prize pool skyrocketed past the €3 million mark after PaddyPowerPoker.com contributed €200,000 to the guaranteed prize pool. Taking home €801,400 at the completion of the Irish Poker Open was English poker pro Neil Channing, after defeating local favourite Donal Norton. 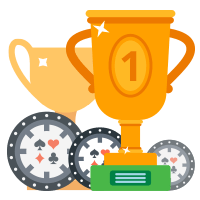 In 2010, it was plainly obvious that The Irish Poker Open would continue to grow in popularity. Returning to Burlington Hotel in Dublin, the tournament’s main event drew 708 players from across the world. Buy-ins were set at €3,200 + €300, which helped to ensure a larger, guaranteed prize pool than the previous year: paying the top 72 players, while setting aside €600,000 for the lucky winner. After finding himself head-on against Paul Carr, James Mitchell managed to grab himself a big slice of luck. With his incredible performance, Mitchell managed to bring the trophy back home to Britain.

In April of 2011, while the tournament was held in the hallowed halls of the Burlington Hotel in Ireland, fans from across the world could watch every nail-biting second of true poker action through a live stream. The main-event was a €3,500 buy-in tournament where 615 total players had signed-in. The event was stacked with renowned tournament pros from the United Kingdom such as David “DevilFish” Ulliot, JP Kelly and Luke “FullFlush” Schwartz playing as participants. Finally, however, a young Irish player, “Niall Smyth” managed to defeat the veteran Surinder Sunar. Aside from picking up the illustrious trophy, Smyth managed to bag €550,000 also.

The Irish Open 2012 kicked off with its main event, a €3,200 + €300 buy-in for no-limit Hold ‘em. A selection of excellent side events were also tied in including a €500 + €60 six-handed NL Hold ‘em freezeout, a €1,000 NL Hold ‘em freezeout and a €600 + €75 pot-limit Omaha Championship. Fans witnessed poker’s biggest stars such as Daniel Negreanu, Faraz Jaka, James Dempsy and Phil Hellmuth in action. Finally, the young Kevin Vandersmissen from Belgium emerged victorious and lifted the top prize: €420,000.

To make the game more approachable, the 2013 Irish Open lowered the buy-in for its main event to €2,000 + €250. All in all, a remarkable 505 players made an appearance from around 29 countries. Fortunately, 54 lucky players were able to battle it out for a share in the winning prize pool of over €1,010,000. Organizers also managed to provide loads of grand giveaways for enthusiasts who weren’t able to make it to Dublin but were streaming the tournament. Ian Simpson, who finished fourth in 2012, was able to jump three places ahead as the winner of the prestigious tournament. After winning €265,000 from the main event, Simpson topped his win by proposing to his girlfriend, who said yes.

Marking the 34th anniversary of the long running tournament, the Irish Open 2014 was hosted at the Double Tree by Hilton Hotel, which was formerly The Burlington. This tournament had the buy-in set at €2000 + €250, adding up to a prize pool over a cool €1,000,000. Taking place strategically during Easter weekend, the tournament attracted more than 410 players who turned up in person, in addition to the live stream telecasted on a platform with an audience of over 50,000. Although having played for a number of years, Patrick Clarke had never scored as big as his €200,000 win at the Irish Poker. He has cemented his name as a player to be reckoned with.

The Irish Open 2015 was once again held at the Double Tree, where the main-event buy-in was set at €3,200 + €300 to attract the big names in poker. Amongst the 321 entrants, attendees included Eoghan O’Dea, the finalist of World Series of Poker 2012 and Mike Sexton from Poker Hall of Fame. In addition to the fantastic line up of side events, the Liam Flood Memorial tournament was also scheduled to honour one of the true poker legends. In the end, the online qualifier from Greece, Loannis Triantafyllakis walked away as a winner, with a top prize of €209,500.