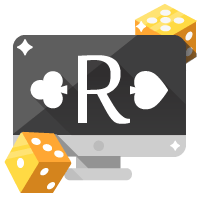 The Rainbow Casino is in Birmingham, a city fast becoming one of the UK’s gambling hubs. This casino might not be the largest, nor does it offer the biggest selection of games, but the personal feel and fantastic restaurant make this a casino that should still be visited by anyone who gets the chance. Why not take a read through the review below and see exactly what we think of the Rainbow Casino?

The Selection of Games at the Rainbow Casino

Visitors to this casino won’t find the same amount of games as they’d find at some of the so-called “supercasinos” throughout the country, however they’ll still find plenty of games to pique their interest. The selection of slots is perhaps the high point and stakes vary from 1p through to £2 per spin. All of the slots have a maximum prize of £10,000, and are also incredibly modern, featuring touch screen gameplay.

Table games are also well represented at the Rainbow Casino, and they offer blackjack, American roulette, three card poker and punto banco. Poker is also found at this casino, however only when tournaments are being played. Luckily for fans of the game, there is a tournament held pretty much every evening.

The Rainbow Casino is very much a place to visit for those looking for an affordable experience, and both the bar and restaurant reflect this.

Other Facilities Offered at the Rainbow Casino

The Rainbow Casino is very much a place to visit for those looking for an affordable experience, and both the bar and restaurant reflect this. Therefore, you won’t find à la carte cooking on the menu, and instead will be able to choose from items such as pizza, sandwiches and chips. This isn’t a criticism though – in fact, it’s something that many people will see as a plus point. The bar is also affordable and offers a good selection of drinks, including a number of fancy cocktails. What’s more, the bar also shows all of the latest sporting action.

The casino also often has some special events, plus it also runs a number of promotions. For example, they offer a free buffet to anyone playing at the casino after midnight, and have competitions for slots players to take part in. It’s also important to mention that this casino is located close to Birmingham city centre, which has some of the best nightlife in the UK. This means that the Rainbow Casino is a great place to start a night, before then heading on to sample some of Birmingham’s pubs and clubs. If you want to make it a really special night, you can also choose to buy one of the casino’s packages, which come with drinks, gaming tuition and much more.

The Pros and Cons of the Rainbow Casino 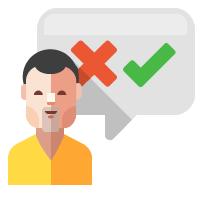 The biggest advantage to playing at the Rainbow Casino is that it’s affordable. Some people simply don’t want to spend huge amounts of money on a night out, and the Rainbow Casino allows players to both eat and drink for extremely reasonable prices. The location is also a really good one, and is easily accessible to anyone living in the Birmingham area. The casino should also be a great choice for those looking to play slots, as they have a good range, all of which offer nice jackpots.

Perhaps the only criticism to make of the Rainbow Casino is the fact that poker isn’t available 24/7, with players instead having to wait until a tournament comes around to get the chance to play. This is understandable from the casino’s point of view though, as they probably don’t have the demand for the game at certain times of the day. It would be good if they put details of upcoming poker tournaments on their website though.

A Short History of the Rainbow Casino

Rainbow Casino is Birmingham is just one of the five different Rainbow Casinos throughout the country, all of which are owned by Double Diamond Gaming. This company was founded in 2009, therefore is still relatively new to the industry, however have already managed to make a name for itself. The casino in Birmingham was opened in 2010 in a historic building, and was one of the first casinos opened by the company. Nowadays the company also has casinos in Aberdeen, Bristol, Cardiff and Teesside, all of which also come under the same Rainbow Casino brand.

Aside from its opening, there’s not a huge amount to say when it comes to the history of the actual casino though. Since opening it’s simply done what it does best – namely offering affordable nights out to people who want to have some fun gambling in a friendly and well-run casino.