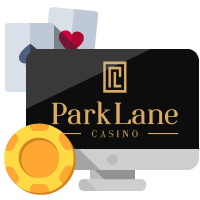 Any name with the words “Park Lane” in it point towards exclusivity and wealth, and this is certainly the case when it comes to Park Lane Casino. Set on one of the UK’s most famous streets, this casino caters exclusively to high rollers, and has the surroundings to keep even the most lavish gambler happy. So, if you’re thinking of heading down to Park Lane Casino soon, why not take a look at what we think of it first?

The first thing to say about the selection of games at Park Lane Casino is this: despite being an upmarket casino, it isn’t as pretentious as some others, meaning that they do have a good range of electronic gaming machines, including electronic roulette and jackpot slot machines. Most go for the table games though, which include American roulette, baccarat, blackjack and three card poker. What makes these games really special is the fact that they can be played while sitting out on the terrace, with a Cuban cigar in hand, looking out over Hyde Park.

Those looking for some privacy can also request a private room, and there are three available to patrons of the casino. These can’t just be used by anyone though, as the casino is very selective over the players it allows into them. These rooms all come with a personal dining service, and there’s even a private room outside, allowing players to smoke as they play. If you’re looking for the ultimate gambling experience, a private room at Park Lane Casino might just be it.

Set on one of the UK’s most famous streets, this casino caters exclusively to high rollers, and has the surroundings to keep even the most lavish gambler happy.

Opulent Facilities Add to the Experience

When not gambling, there are a couple of places visitors can go to relax, and the first of these is the restaurant. It’s called the Jewel of Mayfair and it really does live up to its name – and has a price tag to match. Dishes vary from Middle Eastern through to traditional British, and a Master Sommelier is always on hand to provide wine recommendations. If you don’t want to become a member but still fancy a taste of the high life, you’re in luck, as non-members are admitted – providing they are dressed to an appropriate standard.

The other place to relax is the bar at the Park Lane Casino, and it is equally as impressive as the restaurant. Called Dreams Bar, it features exclusive cocktails created by their expert mixologist, as well as a selection of fine wine, whiskey and cognac. Of course, champagne is also on the menu, and some of the bottles cost huge amounts of money. If you don’t have the money to spend on drinks, there are plenty of other bars close to the casino though, with slightly more reasonable prices.

The Pros and Cons of Park Lane Casino 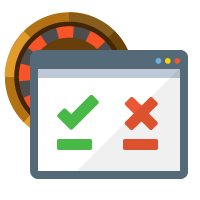 It’s impossible to start this section without mentioning the prices, which are some of the highest found at any casino. This is both a plus and a minus, as some people will love the exclusivity and will think that the decadent surroundings merit the high prices. Others, on the other hand, will resent the fact that they’ve been priced out of playing. There’s no doubting that the interior is spectacular though, and anyone visiting will probably see it as a special experience. The fact that it is so close to some of London’s most high-brow hotels also makes it really convenient for many players.

The bar and restaurant also have to be considered massive plus points, as they are both absolutely fantastic – as you would expect considering the prices charged. It’s also great that non-members are able to visit them, which saves on having to pay a massive membership fee. If you’re more inclined to want a burger and chips to eat though, this is probably not the casino for you to play at.

A History of Park Lane Casino

When it comes to history, Park Lane Casino doesn’t have a huge amount. This is because it was only opened in 2015, joining an elite group of casinos operating in the Mayfair area. Its origins aren’t quite as decadent as you might imagine though, as it was created by Latvian businessman Vassilijs Melniks, who is also the owner of a struggling shipyard in his home country. After ploughing £15m into the business, it was ready to open its doors, and has already become a well-regarded part of the Mayfair scene.

Since opening, it has become a favourite haunt for the rich and influential from both Eastern Europe and Russia, and the owner apparently opened it in its location due to his love for the hotels in the area. By opening the casino, Melniks’ venture meant that he took the only online casino licence still available for London, and it also made him the first Eastern European businessman to own a casino in the capital.