The Casino at the Empire Review 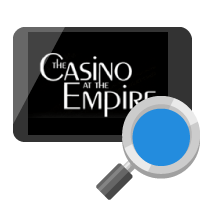 A Huge Selection of Games on Offer

The first thing to say about the Casino at the Empire is this: it offers an absolutely huge amount of games. In fact, there are so many that they have to be split over two floors. All of the table games are on offer, including tables offering blackjack, punto banco and pai gow, plus there’s also a separate section dedicated entirely to poker. All of these games are available to those playing at different stakes, however this casino is well-known for the way in which it caters to the needs of high rollers.

When it comes to slots and other electronic gaming machines, the casino offers a total of 127. These are spread throughout the casino, and many of them are linked to a progressive jackpot, which is worth up to £20,000. All members of the casino can earn reward points every time they play any of the casino’s games, and these rewards can also be earned when playing at any of the casino’s six other locations in the UK.

Situated prominently on Leicester Square, the Casino at the Empire attracts thousands and thousands of players every year.

The Other Facilities Available

The Casino at the Empire provides a full range of facilities for players to use, including three bars and an Asian restaurant. The latter is named Fulushou and is open until 2:15am on weekends. It is advisable to book a table before visiting the casino, as the restaurant does tend to get incredibly busy, especially on Friday and Saturday nights. The food is generally regarded as absolutely delicious, and is overseen by a chef formerly of the Dorchester Hotel. What’s more, diners can watch the meals being prepared through a transparent screen.

The casino also offers a number of experience packages to players, which are a great way to treat a friend or relative to a night out. These range from learn to play packages through to cocktail masterclasses. The full range of experiences can be found and booked on their website. Regular special events are also held, including ones that tie in with major sporting competitions, such as Wimbledon and the World Cup.

The Pros and Cons of This Casino 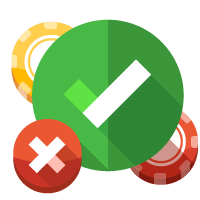 There are loads of advantages that come with visiting this casino, however the number of games on offer is definitely top of the list. The overall experience, including the restaurant and bars, also ensures that this is a venue that caters for an entire night out, and not simply for those looking to gamble for hours on end. Poker players will be particularly pleased with what they find at this casino, with stakes ranging from £1/£1 all the way through to £2/£5. Tournaments are also regularly held, and attract large fields of players.

The only down side to this venue is the fact that no hotel is offered to players, which can be slightly inconvenient. The fact that the casino is located in the heart of London means that there are many different hotels within walking distance though.

A Short History of the Casino at the Empire

The venue initially opened as a theatre, way back in 1884, however it was changed to a cinema in the 1920s, as films started to become popular. It is still a cinema to this very day, but has also added a number of other great features into its package. The first addition to the venue was a Mecca Ballroom, which was regarded as one of the best nightclubs in the capital, however this made way for the casino, which was opened in 2007.

Nowadays, the casino is managed by the Caesars Group, one of the most well-respected casino companies in the world. They also manage six other venues in the UK, as well as casinos in gambling hotspots such as Las Vegas. This connection to Las Vegas is shown by the lavish decoration at the Casino at the Empire, which mirrors that found at casinos in the gambling capital of the world.

The Casino at the Empire,